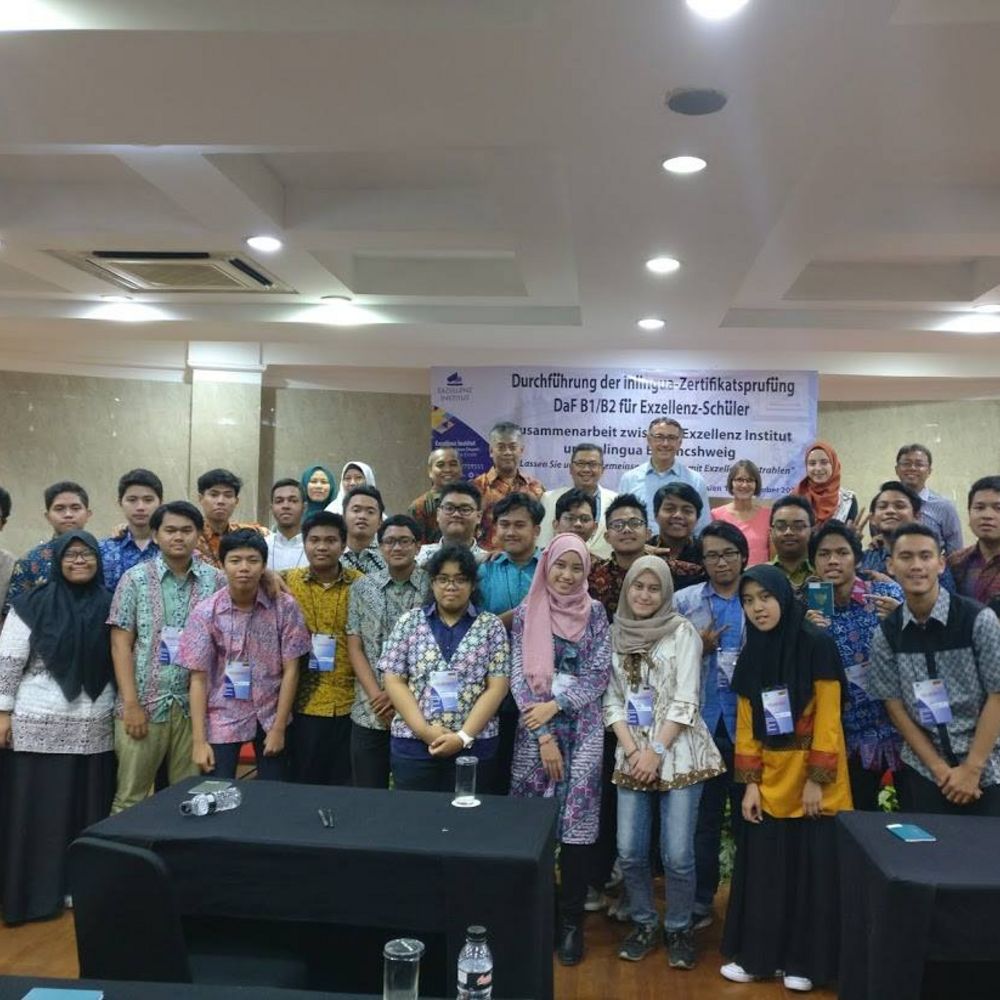 Cooperation with the Institute of Excellence Indonesia

The two language schools intend to work together in the areas of teacher training, language exams and courses in German as a foreign language.

The basic idea of the cooperation is that the participants already acquire secured language skills in their home country, which are proven by a language exam recognized in Germany.

The number of participants at the Institute of Excellence is around 40 to 50 per year. After the German course, they will continue with other programs designed to prepare them for studying abroad, such as Leadership Workshop and Life Skill Training.

After completing their studies, usually after the Masters program, the students return to Indonesia to continue building up the country. Indonesia has become an increasingly important economic factor in Southeast Asia with over 250 million inhabitants and economic growth of around 5% over recent years. German-Indonesian foreign trade has a volume of over 6 billion euros per year. Since 2012, the number of Indonesian students in Germany has risen by more than 60%.

inlingua Braunschweig is one of the leading providers of language courses for private and public sector clients in the Braunschweig region and hosts language examinations for foreign learners, which are recognized nationwide by the German universities.